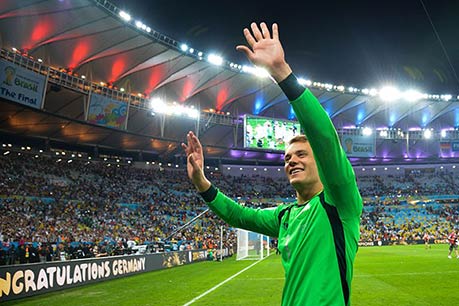 Worlds Best Keepers at a glance

When is a penalty in ice hockey given? And what punishment does a cross check actually entail? Not only do we explain what hockey penalties there are and what the most common hockey fouls are, but we also tell you about penalty records!

The 5 most famous esports tournaments worldwide

Professional gaming is not yet an official sport, but the hype is still real. esports tournaments are on the rise and captivate thousands of spectators live or on screen. But what are the biggest esports tournaments? And where do they take place? We have taken a closer look at five of the world's biggest esports events. Immerse yourself with us in the world of electronic sports.

The Xs and Os: Basketball Tactics and Strategy

How to properly plan your attack & defense

Fast break! Or do you prefer to rely on the defense? In basketball, the tactics of the game often decide between defeat and victory. Here you will learn everything about the basics of strategy, the typical tactics in basketball and which exercises you can use to practice the different moves.

Give your professional gaming career a boost

Overweight, unfit and unkempt - the clichés about gamers persist. But are they true? We at owayo take a closer look at this stereotype and find out just how important nutrition and fitness really are in esports training.

Shirt off? No way!

Whoever takes their shirt off in football gets a yellow card. So why do so many players do it? Why does this rule exist in the first place? Well, we found an answer for you by taking a close look at the FIFA rule.

A professional runner gives the latest tips and trick on how to improve your running technique.

As with all other sports, running depends on the right technique. We talked to Pascal Dethlefs, a professional runner and running blogger. He answered the most important questions and explains what you should pay attention to while training.

Chris Froome and Nairo Quintana are both outstanding professional cyclists - but they differ significantly in one point: their pedalling frequency. The British professional cyclist and training expert Prof. Dr. Louis Passfield explains in an interview how important this indicator is, whether there is an optimal value and how you can specifically train your pedalling frequency.

Computer and video games have become an established part of society. Esports have developed from a niche sport to a professional and international sport with prize money in the millions. In our expert interview with journalist and presenter Konni Winkler, we have everything you need to know about esports.

Expert Tips for a Bike Trip

Take a break from everyday life and venture into nature. From the perfect route to the necessary equipment: Our expert on bike tours, Martin Moschek, will tell you what you should pay attention to when planning a multi-day bike tour.

The Perth to Sydney Australian Record: an Interview with 2 Record Holders

The Perth to Sydney Australian Record: an Interview with 2 Record Holders

He’s already won the Race Across America three times, climbed Mount Everest, authored a book, and become a successful motivational speaker. In 1998 Wolfgang Fasching set the world record for cycling from Perth to Sydney in 7 days, 19 hours, and 47 minutes. We asked him some questions about setting this record.

Christoph Strasser heading for the record: From Perth to Sydney in under a week

Christoph Strasser heading for the record: From Perth to Sydney in under a week

All the way across Australia in six and a half days: This is the 3,950 km (2,454 mi) world record challenge that Christoph Strasser has set for himself. After already establishing three best times, he is now lining up for a fourth.